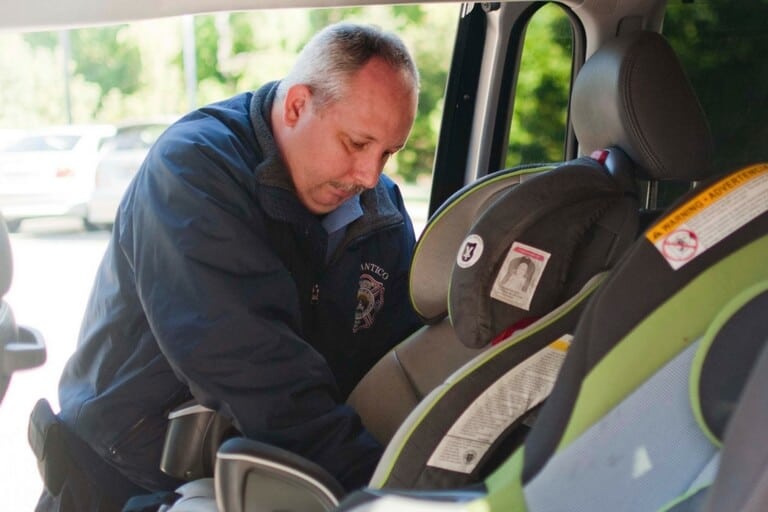 Child Passenger Safety Technicians (CPST) are experts on child restraints and vehicle safety. These are the people who conduct safety seat checks and teach parents how to install and use car seats correctly.

Your pediatrician sure knows how to keep your child healthy. But doctors may not be the best people to talk to about car seats. They may not know that the best car seat for a one-year-old is an infant car seat (rear-facing).

On the other hand, CPSTs have dedicated their lives to ensure that children are safe from harm and knows the ins and outs of car seats. You can count on them for knowing the answers to all your questions about car seats.

During 2015, 663 children ages 12 years and younger died in motor vehicle crashes. Out of the children who died that used restraints, 35% were not buckled up. There could be a lot of reasons why the restraints were not used correctly like negligence, lack of knowledge, etc.

But one thing is for sure — child safety seats are not only supposed to be used all the time but more importantly, should be used and installed correctly. This is so important to be done that’s why the NHTSA estimated that the use of child safety seats reduces the risk of fatal injury for infants by 71% and by 54% for toddlers.

The good news is that the campaign to raise awareness on the importance of child safety seats is a success. In fact, deaths of children younger than 13 in motor vehicle crashes have declined since 1975.

Unfortunately, crashes still cause one of every four unintentional injury deaths.

There is one problem though. There are so many different kinds of vehicles and car seat models out there. This is the reason why some parents are having a tough time installing and using the car seats properly. And this is precisely the reason why CPSTs are important.

Getting To Know A CPST Better

CPSTs have different reasons why they do what they do. It could be that it’s one of their job requirements. It could also be because they want to make a difference and help save lives. They could be police officers, firefighters, health workers, and even ordinary parents.

These amazing people are trained especially on the topic of child restraints and vehicle safety.

Anything about car seats, they know like the back of their hand. But becoming one is not as simple as it seems. In the United States, CPSTs are certified by SafeKids. Before getting certified, one must undergo CPS Certification Course and pay a course fee of $85.

And the process doesn’t end after becoming certified. CPSTs need to continue learning through seminars to keep themselves up-to-date. After all, more and more car seats with different features are being released in the market. In addition to that, child safety guidelines get updated too.

If you’re interested in becoming a CPST, go for it. The skills that you’ll learn from becoming one is irreplaceable especially if you’re a parent. At the same time, you’d be able to offer your services to other parents out there.

Keep in mind though, that this is not something that you’ll do for a living. Yes, some CPSTs receive payments and donations, but there are only a few of them. Most of the time, these people work as volunteers, devoting themselves to keeping your little one safe. Because of this, it’s only natural that you show extra appreciation towards the noble job that they do.

Why Be Grateful To CPSTs

The most obvious reason why you need to show thanks and appreciation towards CPSTs is that these guys help keep children safe. You don’t necessarily need to give them money though you can if you want to. A simple lunch treat can also be a great way to thank them.

Other than ensuring the safety of children in vehicles, the following reasons why you should value the work they do should be more than enough to convince you.

Car Seat Safety Is A MUST

Keeping your child safely secured in a car seat is not a choice but a matter of responsibility. As a parent, it’s your job to keep your little ones safe and comfortable when they’re inside the car. When you fail to do this, you’re endangering the lives of your precious children.

Since almost all CPSTs are parents themselves, they know how important it is to use child safety seats correctly. If you find yourself getting lectured by one, don’t feel bad about it.

Always remember that what they’re doing is for you, your child, and your future children’s benefit.

A CPST Is A Specialist

Above everything else, you have to value the expertise of a car seat technician. They have spent hours to learn during seminars which they had to pay for themselves. They even continue learning new things to stay up-to-date with technical stuff. And they do all of these while they have their jobs and being parents themselves at the same time.

That’s why talking to a CPST gives parents assurance that they know what they’re talking about. A CPST will know and know how to find answers to all of your questions. Credibility is what these guys stand up for, and I’m pretty sure they earned it well.

So don’t be afraid to ask them questions. The last thing you want is for a car seat failure to happen just because you assumed that you know what you’re doing.

Car Seats Can Be Complicated

Car seats may look simple but trust me when I say they’re not. That’s exactly why most car seats are set up incorrectly in the first place. And even if you consider your child’s car seat the easiest to install, it’s still not a reason for you to be complacent. You have to make sure that you do it right every time.

This is part of what a CPST does — to make seemingly complicated car seats easier to understand. They’ll guide you through every step of the way and see to it that you install the car seat properly to your vehicle. You might even be surprised to know that you’ve been doing things wrong for a long time.

A CPST Empowers Parents To Use Car Seats Correctly

Contrary to what most people think, a CPST is not just a car seat installer. Yes, they will install the car seat of your child. But at the same time, they’ll see to it that you learn how to do it yourself. The least that you can do as a parent is to see to it that you absorb everything that they teach you.

They’ll give you the confidence and peace of mind from knowing that you installed your child’s car seat correctly.

Without a doubt, your child’s safety is the number one reason why you’d seek the help of a CPST. But it’s also nice to know that you can save money by using their services.

A CPST knows anything related to car seat and vehicle safety. That’s why they’ll be able to recommend a seat that will work best for your vehicle. They can even help you pick which model to buy based on your budget and preference. Some will even be kind enough to come with you to the store.

As such, it’s advisable to have a ‘prenatal’ visit to a CPST before buying a car seat. Otherwise, you risk having to buy another seat if you find out that the car seat you purchased isn’t a good match for your vehicle.

A CPST, most often than not, is also a parent like you. They have made the same mistakes as you did. This means that they know what you’re going through, including the fears that you have. Trust me, they will not judge you for making errors so take their advice constructively.

Besides, there’s no such thing as a pass or fail during car seat inspections. There’s nothing but one goal only, and that’s to help you install and use your child’s car seat correctly.

As the woman behind BabyLic & a mother to a wonderful daughter since 2013. I have a simple parenting motto which I feel all of you can connect to: “To give my child the best I can afford!”

Previous article The Unbeatable And Science-Backed Benefits Of Playing Outside

How To Install A Car Seat

How to Clean Graco Car Seat

Candice Whitlock·January 1, 2020
There are no comments yet No comments