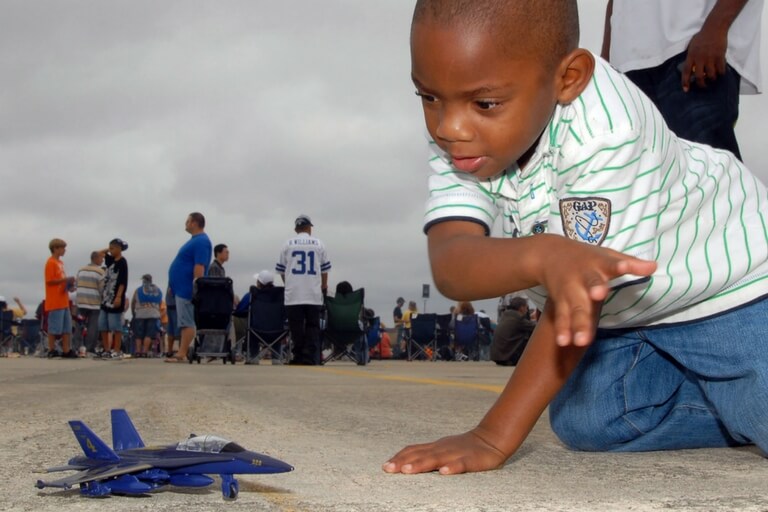 Also called desynchronosis and flight fatigue, jet lag is the result of traveling by air across time zones. The good news is that it’s an only a temporary disorder, BUT it may cause fatigue, insomnia, tiredness, drowsiness, lethargy, or even upset stomach and other symptoms.

You see, your body uses a 24-hour cycle. Everything from your body’s temperature, hormones, and other biological functions rise and fall according to this internal time gauge.

Say, you need to go to a country located on the other side of the world that’s 12 hours ahead of your time zone. When you arrive at your destination, what’s supposed to be breakfast is dinner over there, disrupting your entire daily routine.

The bottom line is, aside from keeping your kids safe while on a trip, you also need to deal with a toddler’s jet lag especially if you’re going by plane.

There are different ways to overcome jet lag. For starters, keeping yourself healthy and in good physical condition is an excellent way to prevent jet lag. Adjusting to the new time zone as soon as you arrived at your destination also helps a lot.

Unfortunately, that’s not the case with toddlers. In fact, the age of a child can significantly affect the potential for jet lag. Babies, especially newborns to two months are least affected by jet lags because they haven’t fully established their circadian rhythms yet.

However, things are different for toddlers and older kids. By this age, they already have an established body clock which they follow. They’ve already learned that they need to sleep when it’s night.

When they don’t get to sleep when they’re supposed to (according to their body clock), and they feel uncomfortable, the result is a cranky toddler. To make it worse, they don’t have the ability yet to identify what’s wrong or even talk to you about it. And cranky kids are tough to deal with which can potentially ruin your family vacation.

What You Need To Know About Jet Lags

How To Deal With Toddler Jet Lag

Jet lags won’t last forever, so that’s a relief. It’s usually gone in two days while seven days is probably the longest. But similar to adults, there are a number things that you can do to prevent your child from experiencing it. Don’t worry because none of it is about not getting on that plane.

Here are things that you can do to prevent your toddler from having a jet lag.

Prep Your Kid In Advance

Depending on your destination, it’s advisable to help your kids adapt to their new routines as early as possible. For example, you can adjust their sleeping schedule half an hour every couple of days before the actual flight. Doing so will condition their bodies and minds about the changes for when you arrive.

Choose A Flight Time That Works Best For Your Kids

The truth is, there’s no specific flight time or schedule that works best for everyone. A lot of people recommend flying at night so you and your kids can sleep on the plane. You’ll also arrive at your destination fresh and ready for the day ahead.

But if your kids find it difficult sleeping on the plane, flying at night may not be the best option. If this is the case, it’s probably a lot better to get on a morning flight and arrive at night. The decision is up to you so make sure to gauge the situation well.

Keep Your Kids Well-Fed And Hydrated

Moving into a new time zone means that you’d have to adjust your schedules to the local time. However, that’s not the case when it comes to your little one’s feeding schedules. Stick to your feeding routine as much as possible.

Remember, a hungry toddler is a grumpy one. And a cranky little kid plus the jet lag equals disaster.

Accept the reality that jet lag can and will happen. If you have a long road trip after you get off the plane, consider postponing it. Instead, get a cheap hotel or apartment where you and your family can rest for a few days.

Insisting on long travel by car right after your flight can be a disaster. If your toddler is already experiencing jet lag, the discomfort that he or she is feeling will become even worse.

The First Day After You Arrive Is The Most Important

This reminder is extremely important. Your first day at your destination sets the pace to how well you’d be able to deal with your toddler’s jet lag. As soon as you arrive, it’s crucial that you deal with any noticeable symptoms of jet lag.

If you arrive during the day, go out with your kids and expose yourselves to the morning sun. Doing so has been proven to ‘restart’ the body clock. The sooner you let your kids adjust to the new time zone, the better. It may seem cruel to not let them sleep when they want to but keep them engaged and awake during the day — it’s worth it.

Arriving at night might be a little difficult though as your kids will most probably be stimulated and full of energy to want to sleep. Still, stick to the local time. Take them to bed if it’s time for them to rest. It will be hard but the sooner they get used to it, the quicker they’ll be able to adjust.

As the woman behind BabyLic & a mother to a wonderful daughter since 2013. I have a simple parenting motto which I feel all of you can connect to: “To give my child the best I can afford!”

Next article The Best Cruises For Kids – A Top 10 List

The 50 Best Read-Aloud Stories And Books For Kids

Candice Whitlock·December 20, 2019
There are no comments yet No comments